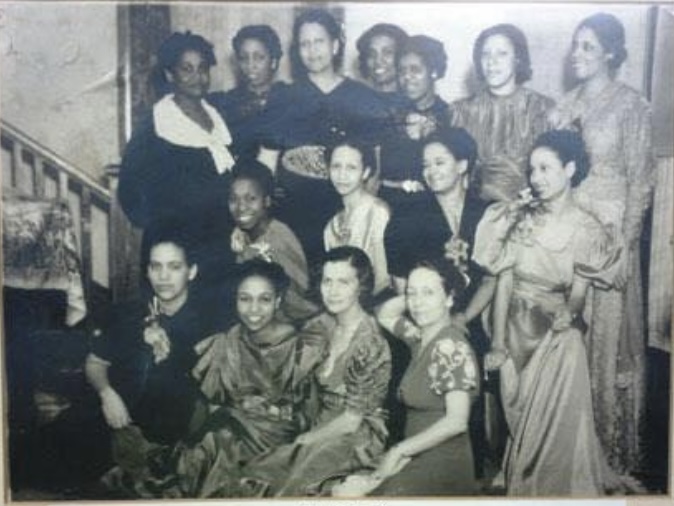 On Saturday evening, March 6, 1938, a new chapter in the history of Kentucky State Industrial College began. The event was the establishment of Beta Upsilon Omega Chapter of Alpha Kappa Alpha Sorority. The first graduate greek letter organization on the campus.

The charter members represent some of the leading colleges and universities in the country, such as the University of Chicago, Columbia, Fisk, University of Illinois, Ithaca Conservatory, Iowa State, Kentucky State, Louisville Municipal, Ohio University, and West Virginia State.

Since its chartering, Beta Upsilon Omega Chapter has lived up to the expectations extended in the best wishes expressed the night of the chapter's chartering. The chapter has had an illustrious record of achievement and of caring, sharing, and serving the Frankfort community. Following are some of the chapter's community service projects:

In addition, the chapter has sponsored community workshops on Techniques for Working Women, Voter Registration, and Parliamentary Procedures.